All posts by Raining Pigs

There were frequent updates, but the majority of updates involved bug fixes/balancing/adding premium items. Most major updates altered the tutorial more than anything else. The largest updates were arguably the Ice Raider update, which added a new faction to the game in December 2012, the Rachnok update which completely changed the tutorial in Spring 2013, and an update which is known simply as the November 2013 update. The update changed the UI of the game to an eye-catching neon yellow and orange in an attempt to gain more players (a stark contrast to the old green jungle themed UI), and also changed the stats to many items and the loot-tables to most levels. The update wasn't that popular with older players and it's been contributed to one of the reasons why the game eventually was closed in 2014, although it could be seen as more of a sign than a cause.

Watch this from a few months ago https://youtu.be/nc4J1fuuVvo 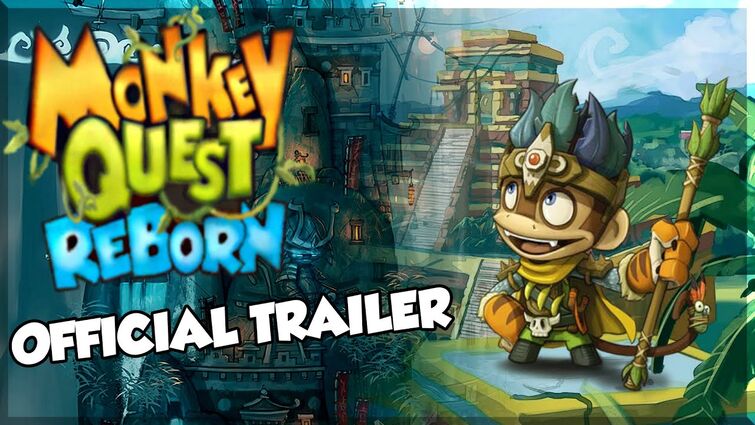 If that happens, you already know there'll be another project 2 months later

Look, as of the writing of this forum post, it's nowhere near Halloween. There's these two old MQ ads/promotional videos of Halloween (that used to be on the MQ website) that I haven't been able to find.

I've searched through the old MQ website archives and I've seen pretty much every single video archived except for the Halloween ones. So, if anyone has them recorded, I'd greatly appreciate being able to watch them.

You can attach videos to forum posts... but if you have one of the videos (or both) and you're unable to attach it/them to your post make sure to contact me.

(edited by Raining Pigs)
A reply to
0
The website was taken down as the Moneky Quest Reborn project shut down. This was not caused directly by Nickelodeon.
(edited by Raining Pigs)
A reply to
0
Ultimate Super wrote:
Has anyone tried to ask Nick for the files or tried to make a petition for it? If enough people do we could either bring it back or recreate it exactly how it used to be.

Many, many, many times.

According to theories such as string theory, our world has more than the usual three spatial dimensions. On the one hand, that prediction leads to problems - physicists have to explain how it comes that, in everyday life, we experience only three of the ten space dimensions postulated by string theory (for answers to this question, see the spotlight topics Extra dimensions - and how to hide them as well as The embedded universe). On the other hand, extra dimensions do have advantages. Simply put, matters that are rather complicated in lower dimensions can turn out to be quite simple in the presence of extra dimensions!

Objects in a plane

For an illustration, look at flat, two-dimensional space - look at a plane, and particularly at the following two objects:

I claim that triangle and square are really (i.e. in three-dimensional space) the same thing - they just look differently to two-dimensional beings living in the plane. Why is that? Let's look at a three-dimensional pyramid - its facets are a square and four triangles. Two-dimensional inhabitants of the plane can never see the whole pyramid - they can only see parts of it, depending on where the pyramid is situated relative to the plane they live in.

In the case that the basis of the pyramid lies parallel to the plane in question, the two-dimensional beings see a square:

If, on the other hand, the pyramid is lying on its side, the plane-dwellers will see a triangle:

If two-dimensional beings think that triangle and square are two totally different objects, one shouldn't hold it against them. It is only obvious from the perspective of higher dimensions that they are (literally) facets of one and the same object - a pyramid.

Our pyramid is an example for a far more general truth: Entities that, in lower dimensions, seem different can turn out to be parts of a single entity in higher dimensions. In our pyramid situation, a "theory" that is confined to lower dimensions and describes squares and triangles, is unnecessarily complicated.

A similar situation arises for physical theories that involve more than three space dimensions. Different species of elementary particles we observe in three-dimensional space can turn out to be merely different manifestations of one and the same species of higher-dimensional particle! For theoretical physicists, with their quest to describe the universe as simply as possible, this is a very attractive feature of extra dimensions. For instance, there are hopes that, in the framework of string theory, it might be possible to understand the current plethora of elementary particles as different manifestations of a single species of oscillating string - with extra spatial dimensions in which the string can oscillate crucial to explain all the different possibilities of particles in three-dimensional space.

The relativistic background of this spotlight topic is explained in Elementary Einstein, especially on the page Strings and universal harmony in the chapter Relativity and the quantum.

are you still around

guess I have the most random questions now

I was referring to what they reached in 2012. They had a 25 million player party.

(edited by Raining Pigs)
A reply to Alexthewizard
0

We also really need any animations or levels you got!

Actually, MQ had over 25 million players. TWENTY FIVE MILLION! I wouldn't call that "Not a lot of people played anymore" I saw tons of players every day. The reason they closed it down was to simply make more money, not caring for the fan base.