Monkey Quest is an online MMO game developed by Nickelodeon Virtual Worlds Group, and created in partnership of Behaviour Interactive. The closed beta started on December 14, 2010. The game was launched on the Internet for everyone to play on March 17, 2011. Monkey Quest closed on September 26, 2014, so that Nickelodeon could focus on other digital and mobile experiences.

The story involves a monkey in the land of Ook. Your customized character must meet with several residents of the jungle and accept their guidance to make your way through each level. Each quest involves finishing tasks for friends you meet along the way, and buying new items that help you advance. As you play, your monkey unlocks more lands, discovers more about the legendary Monkey King, and becomes a tribal master.

Gameplay consists of keyboard controls to move around Ook. The spacebar is used for jumping, and arrow keys move you about the environment. Four keys can be equipped to control weapons and other items such as potions that may be required to use on any given task.

The World of Ook

A spectacular world where monkeys swing from vines, bounce on drums (and the occasional unsuspecting octopus, panda, or frog!), and uncover treasures beyond imagination. Populated with a dynamic cast of characters, the promise of wild adventure exists at every turn in this action-packed game.

An exciting and wild land, Ook and its inhabitants must always be on their guard. The increasing presence of Shadow Monsters, even after the supposed defeat of the Shadow Demon, Ka, threatens the monkey tribes with the possibility of attack at any moment.

Ka's shadow minions have surfaced around large sections of Ook, disrupting trade and communication. Entire trails have been cut off from their neighbors, filled with monsters that threaten the monkeys’ way of life.

Yet not all is lost! The dangers posed have created many opportunities for ambitious monkeys fearless enough to adventure in the shadow-ridden trails. You will encounter many allies in your courageous stand against the Shadow forces, eager to offer up powerful rewards and experience in return for your services.

Independent and self-possessed monkeys who prefer not to spend their hard-earned bananas on the necessary equipment to go adventuring soon realize the value of crafting. Why buy your gear when you can make it yourself?

Crafting equipment is no different from baking a cake. The first thing you need is a recipe. They can be bought, awarded, or found from various sources throughout Ook. Talk to different characters and explore new quests to acquire them. You can view your Book of Recipes by clicking the book icon in your backpack. Double click the recipe to add it to the book.

Once you've got the recipe, it's just a matter of gathering the necessary ingredients. Search high and low throughout Ook to purchase or collect them and, once you've got everything you need, you can craft your items right then and there. Just open up the Book of Recipes and click the Craft button. Craft useful items for yourself, friends, or even to trade and gift.

Any monkey looking to make a name for themselves has to be prepared to deal with the various creatures of Ook. Expect plenty of resistance along the way! Some enemies are malicious, shadowy creatures of Ka, while others are territorial natives, attacking anyone crossing their path.

If you want to survive and safeguard Ook once and for all, you’ll need to be able to identify these dangerous creatures. Study the bestiary carefully, and learn to take advantage of each creature’s weaknesses. 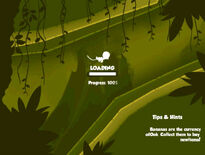 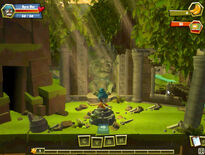 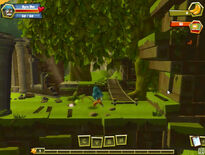 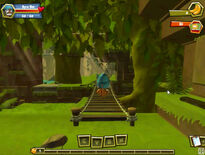 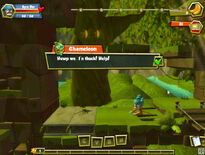 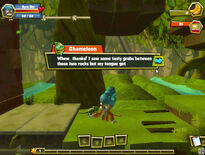 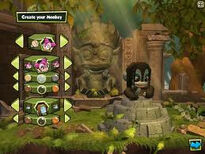 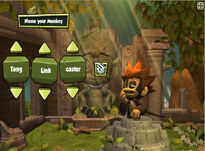